WORK
ABOUT
DESIGNER
AUTHOR
PHOTOS
CONTACT
CAROLINE TERREE
DESIGNER
AUTHOR
PHOTOS
FICTION  |  NONFICTION
As an author, my main body of work is a series set in Vancouver, Canada.
Known as "Agent Kovacs", it follows the investigations of an FBI agent tackling difficult cases – a woman who is also struggling with her own personal demons. Written like a TV series,  9 books have been released to date (the full series will comprise 12 episodes).
"A TV series written in book form".
1 season. 12 episodes. 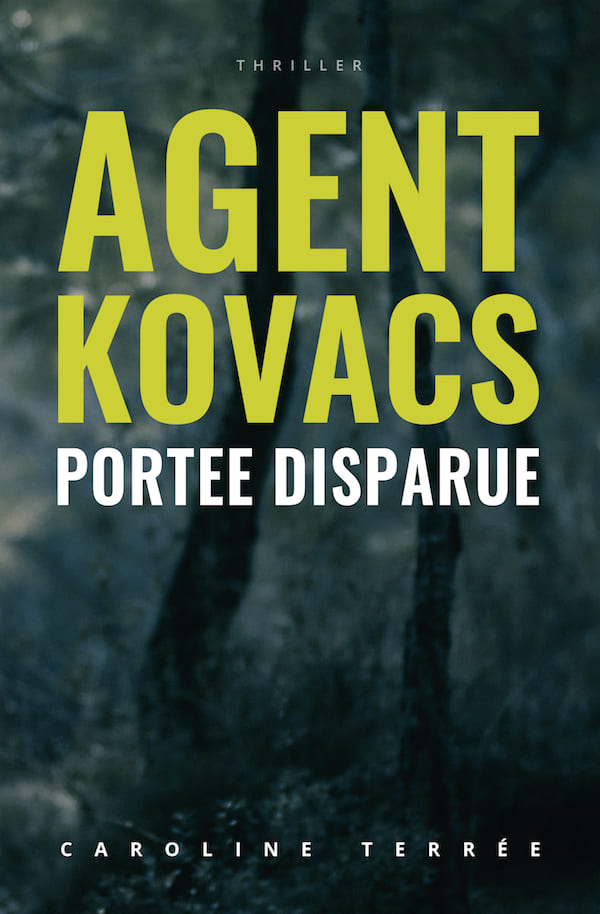 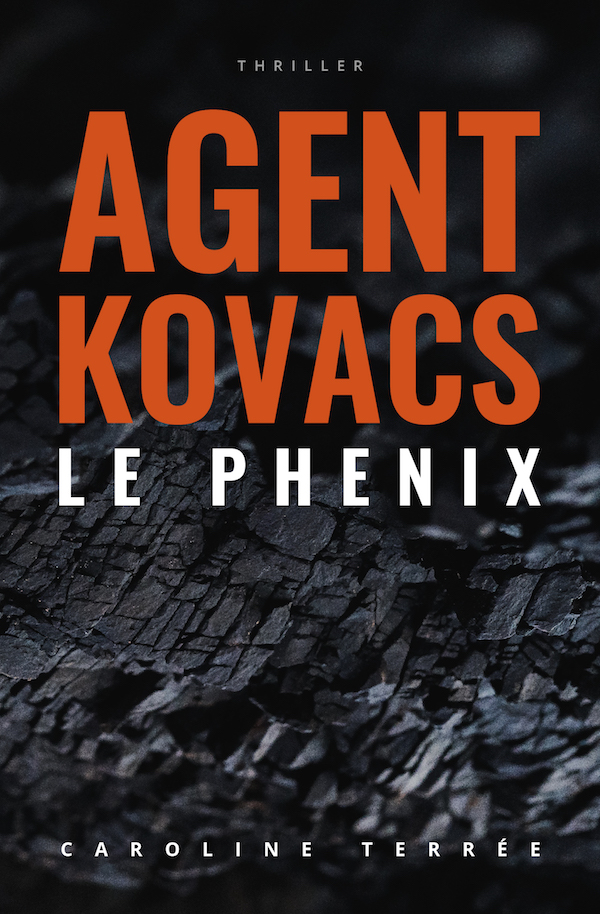 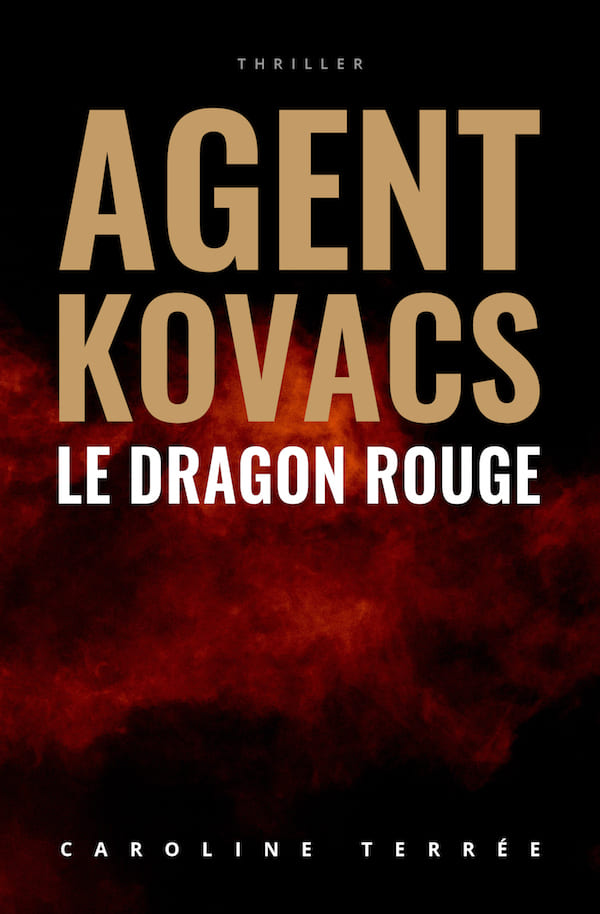 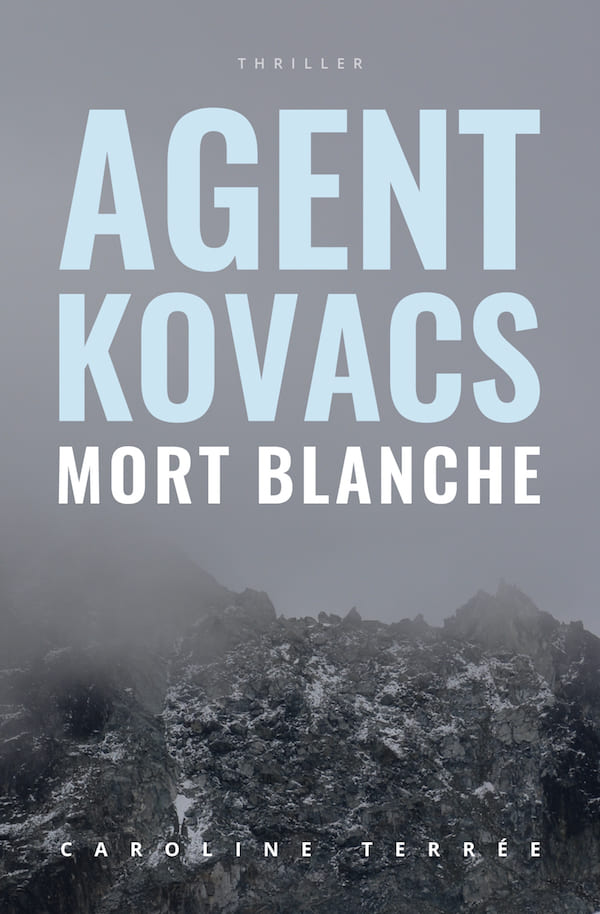 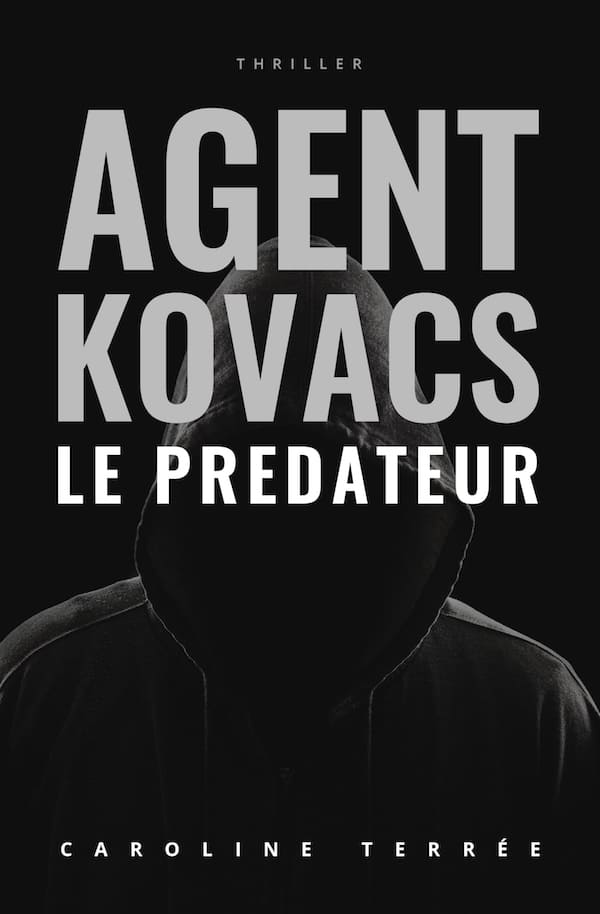 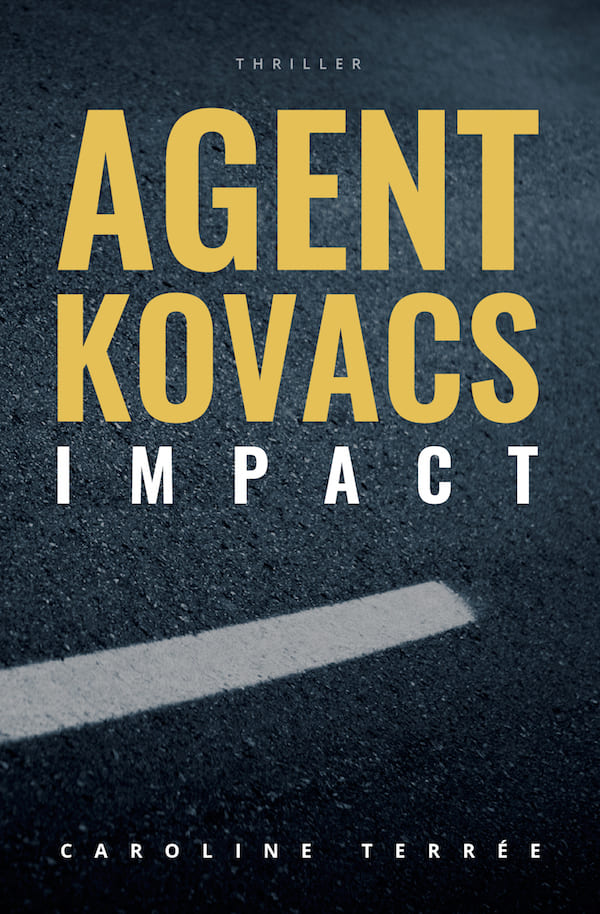 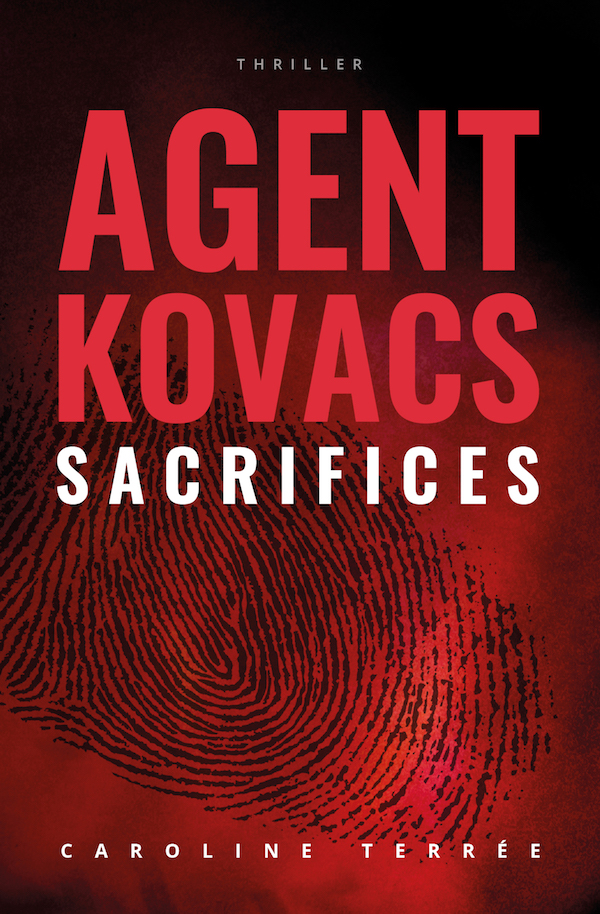 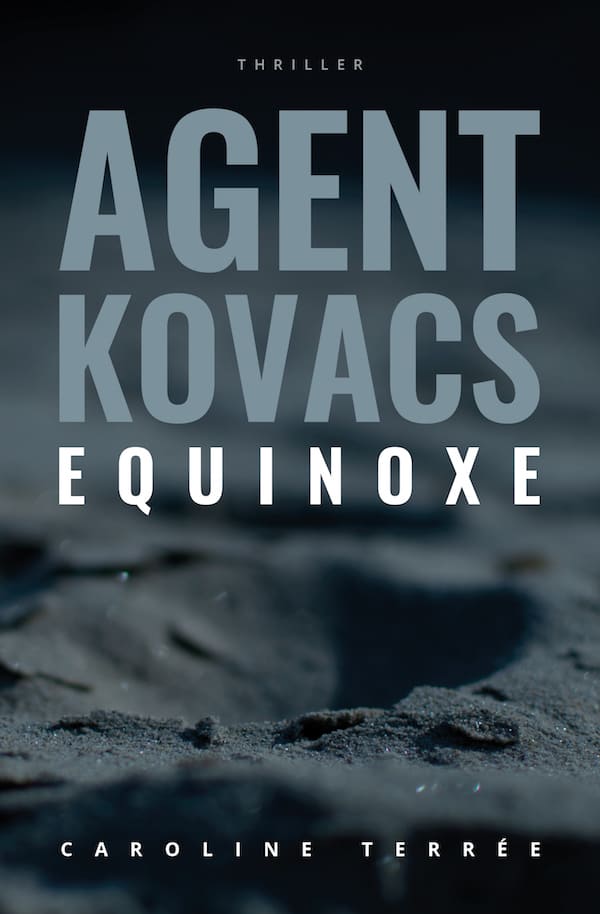 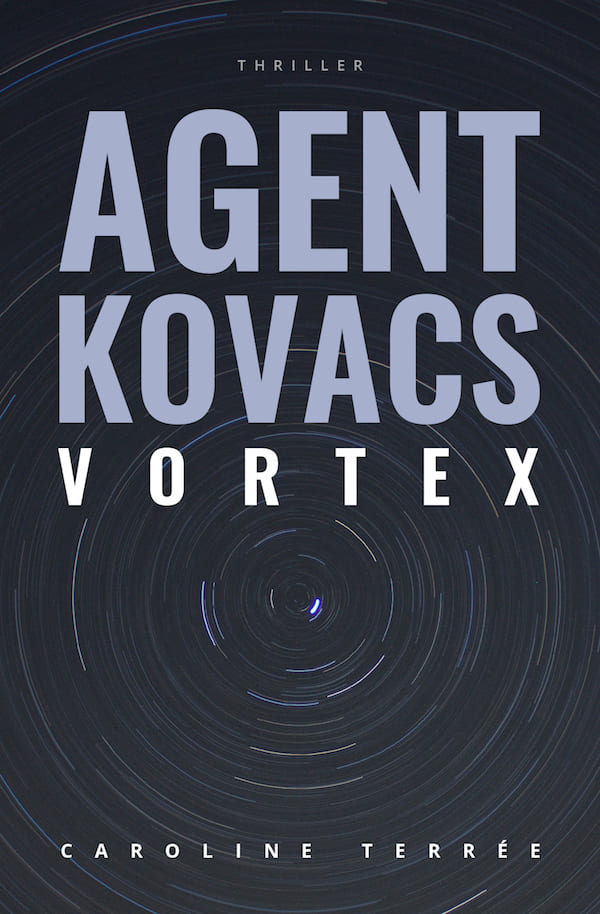 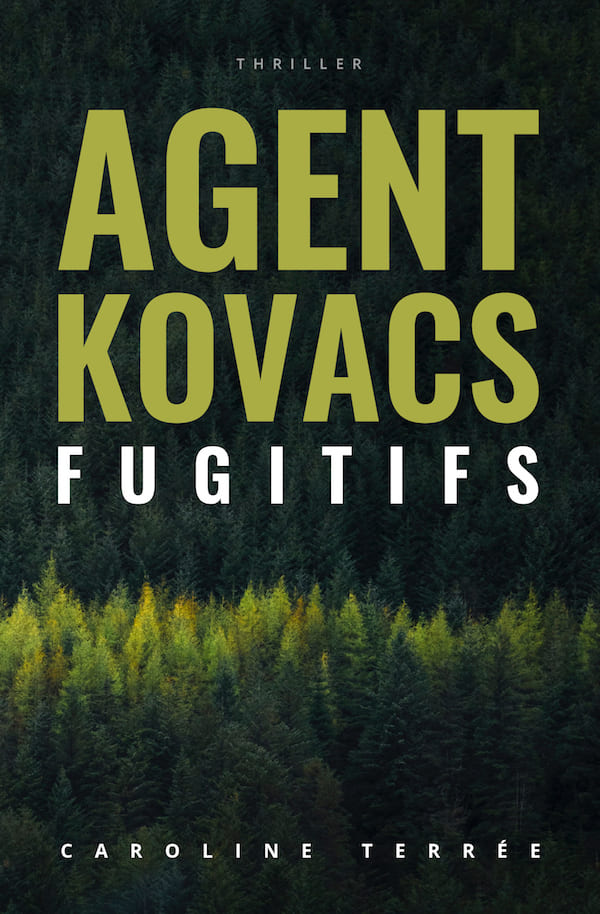 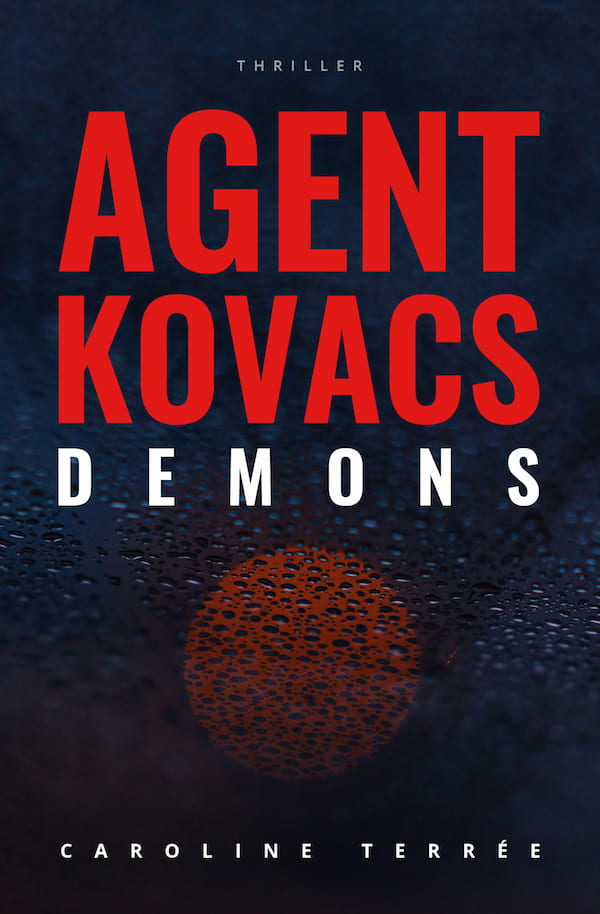 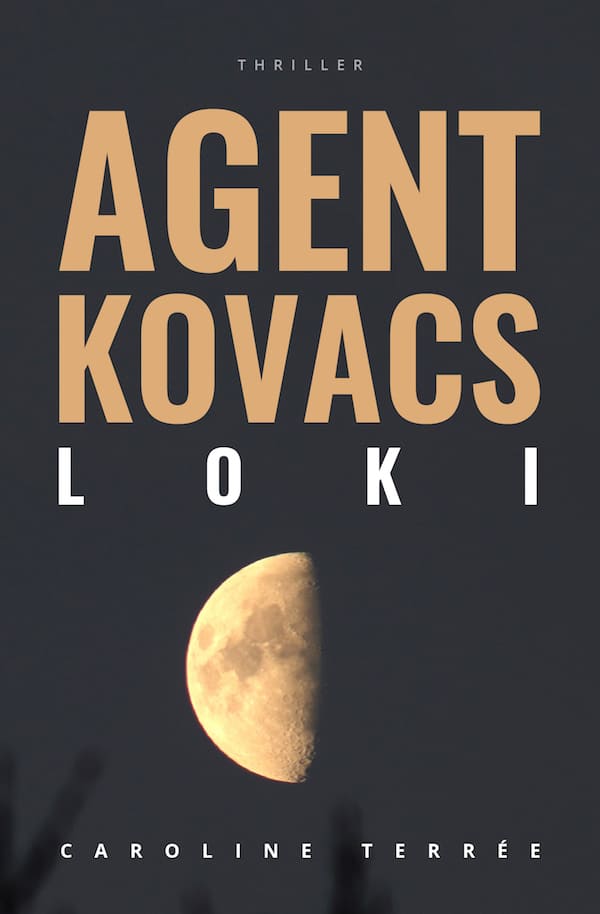 I am also a nonfiction writer, storyteller and copywriter.
Articles, reports, interviews, educational resources... I have worked with many publishers and media outlets such as Scholastic, Orange, Oxford University Press, Nathan, Milan & Bayard Presse.

FAQ
What is "Agent Kovacs"?

Also known as "Série CSU", it is a series of psychological thrillers centred on a female character – Kate Kovacs, FBI – who leads an elite police unit. It is build like a TV series, with 12 standalone episodes and a (back)story that spans over a full 'season'. Written in a highly visual way, each book is based on a case and strong current affairs themes, such as war criminals, eco-terrorism, right-wing militias or cults. The series also explores, in-depth, the consequences of human-induced violence.

Why is the series set in and around Vancouver?

First, I love this part of the world, and wanted to build an entire universe in the huge variety of physical decors it offers: from ancient forests to skyscrapers, majestic mountain peaks to dark back alleys... As I kept spending more and more time in Vancouver, I also discovered the richness and uniqueness of its population, with people from so many different parts of the world... This blend of cultures, religions, languages – and what people who came to settle in the city left behind – became a strong source of inspiration. As an author, the sheer range of locations and human stories felt like a perfect combination – even more so as I knew it would take me years and years to create and write the full series, and that I would spend so much time in this universe.

How did you create the series, at the very start?

First, I had to work on all the main aspects of the series, as a whole: i.e. create the central and secondary characters, their relationships and backstories, all the key locations... As well as plot all the essential and pivotal moments over 12 episodes, that would form a full "first season"... I had to define the pace, progression and revelations for the full series – and within each episode. And the overall tone, writing style and voice of the central character – which was a crucial aspect, as the series is written in the first person, and everything is experienced through Kate. -- After that, I started to write the first 4 books, to make sure my concept worked for more than a single story and episode.

What is your process to write an episode?

I start by doing a lot of research... I scout locations on the ground, take photos and notes about different aspects: atmospheres, people, lights, sounds, details (often by going multiple times to the same places, at different times of the day and night, to experience it when the weather is different, when it's crowded or eerily quiet, etc.). I meticulously build the plot and define the characters for each story. I also research the main topic(s) of each book, extensively, using a wide range of online resources: experts, forums (for more human/raw angles), technical aspects, testimonies, interviews, maps, photos, etc.

What were your main goals when you created the series?

- I wanted to centre it on a main character who was highly professional and compassionate, devoted to helping others but also flawed. Who had been affected by human-induced violence and was still suffering from its long-term effects: physical trauma, PTSD, hypervigilance, etc.
- I also wanted to create "a TV series in book form" (I actually started to write it for the screen, as screenplays) to see if it was possible to capture the visual aspects and pace of a TV series, with more in-depth and internal aspects that only novels could offer. I drew storyboards for action sequences, built scenes by imagining how they could be shot on the ground, and worked to create an intense sense of immersion for the readers (very much like being in a first-person video game). I also created a writing style that was fast-paced and impactful, while leaving room for more introspective moments to allow the readers to really get into the mind of the main character and experience everything through her.
- Finally, I wanted to explore strong and difficult themes, especially those containing a lot of "grey areas"... Some were based on research only, others on things I have experienced and witnessed in my own life. My goal was to reach the highest possible level of authenticity, and show the consequences of violent events on a human level, especially over the long-term (hence the concept of series).

What do love the most about being an author?

There are so many things! :)
But I would say, in no specific order:
- Building an entire universe, and spending so much time fully immersed in it. Getting to know my characters, and experience so many powerful things with them, and through them. Getting emotional when writing difficult scenes, or feeling the adrenaline flow when writing action sequences... Growing and changing as a person, in such a profound way. Getting more and more compassionate.
- Researching and learning about so many different things! From mountain rescues to medical procedures, helicopters to pine beetles, cults to war criminals... Experiencing moments on the ground in a very intense way, while being in a specific location and visualising/imagining scenes in it.
- Developing a different way of experiencing life, people and places. More profound and intense; richer... Getting so used to building plots and exploring different possibilities, that seeing many solutions to any problem becomes the norm.
- And last but not least: meeting so many wonderful and interesting people along the way... Dear friends I made in Vancouver; readers I got to know and stay in touch with over many years; journalists who interviewed me; strangers I talked to while exploring the region – no matter how briefly – that shared many precious and memorable stories with me. That unique texture of human experiences.

What about your nonfiction work?

As a young adult, my goal was to become a (photo)reporter – and to this day, I still love current affairs, journalism, documentaries, interviews, etc. Nonfiction is a way for me to acquire knowledge and share it. Throughout the years, it included developing educational resources and writing textbooks (for publishers such as Scholastic and Oxford University Press). As well as conducting interviews (with producers, directors, writers, actors, cinematographers, etc.) on the set of TV series shot in Vancouver. And writing BTS reports for magazines about it.

What are your favourite authors? And books?

This is such a hard question, as I've always been such an avid reader. But to list just a few:
1) My favourite fiction author has to be Albert Camus. I also love graphic novels and artists such as Hergé, Enki Bilal & Hugo Pratt. As for nonfiction authors: Nicolas Bouvier, Malcolm Gladwell, Jon Krakauer... all among many other ones!
2) As for books... Again, to list just a few (excluding those written by the authors mentioned above!):
- The Power of Myth; Joseph Campbell.
- The Art of Happiness; The Dalai Lama.
- Spillover; David Quammen.
- The Boy Who Was Raised as a Dog; Bruce D. Perry.
- The Ghost Map; Steven Johnson.
- Blackwater; Jeremy Scahill.

Do you write in English and in French?

Yes, I am bilingual. -- However, "Agent Kovacs" (my series of novels set in Vancouver) is currently only available in French. I created it so that it could easily be adapted for the screen, as a TV series. So hope it will one day be the case! :)
‍

Let's Connect
Thank you! Your request has been received!
Oops! Something went wrong while submitting the form.
Copyright © 2021 Caroline Terree. All rights reserved.